How Much Does It Cost To Develop A Video Streaming App Like Disney Plus? 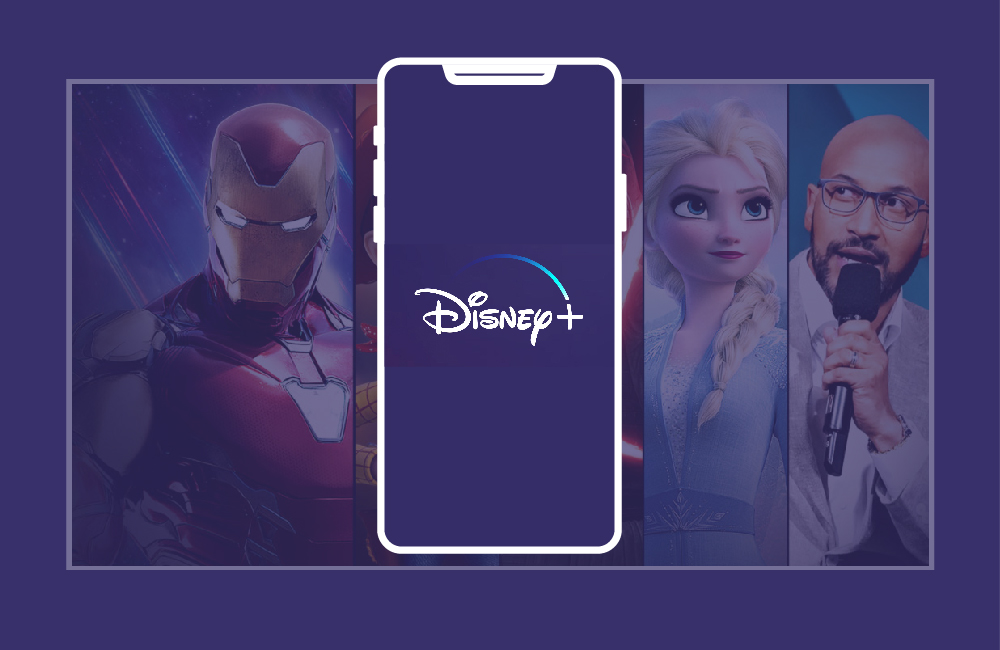 Disney Plus (also known as Disney+) is a new multi-device platform that will allow you to stream thousands of series and movies. It is a paid service that will allow you to enjoy a wide variety of entertainment (series, films and documentaries) through various devices (smartphones, televisions, computers, tablets and more).

It works practically the same as Netflix, but it is cheaper and has other types of content that not just any company can offer. In addition to that they will continue to add more series and movies every month.

Its main competitors are Netflix, HBO Go, Hulu, and Amazon Prime Video. Although each one may have its strength, it is a very tough war between all. These are some of the advantages that Disney Plus has:

What Does Disney + Offer And Who Is The Streaming Service Ideal For?

When most people think of “Disney”, they only think of classics like Mikey Mouse, The Lion King, The Jungle Book and Ariel. But since the founding of the Walt Disney Company in 1923, the company has developed enormously and acquired several studios and brands. The "Die Hard" film series with John McCain will most certainly not be associated with Disney. But far from it, because it wasn't until 2019 that the entertainment group also incorporated large parts of 21st Century Fox. Therefore, for example, “Planet of the Apes”, “Alien” and “The X-Files” are also under the umbrella brand of the entertainment group.

Most adult and adolescent viewers are likely to flirt with a subscription for something else. Because there is all content from the Star Wars and Marvel Universe (films, series), where Disney also holds the rights, on the new platform. It continues with the popular animation studio Pixar, the Simpsons and even National Geographic.

The new player in streaming is by far not just something for children but for the whole family. For Star Wars fans, a subscription is probably a must. Whether this applies to everyone else depends primarily on personal taste in films. Disney always comes up with enough content, especially since many new series and films are planned exclusively, similar to what Netflix has been doing for years.

So, let's briefly summarize the advantages that the streaming provider offers interested parties:

Streaming services have changed the way video, TV and music are used within a few years. Content such as films, series or songs can be transmitted via the Internet to mobile devices such as smartphones and tablets or on the television at home and played back directly. When streaming, the data is not stored permanently on your own device, a download is not required. Instead, depending on the performance of the internet connection used, streaming content can be started in seconds in the browser or the app.

Watch Films And Series Via Disney Plus

With video streaming services, users become program directors themselves. A wide range of films and series can be accessed at any time at a monthly flat rate. Whole series can be viewed one after the other if necessary. Video services such as Disney Plus, Netflix and Amazon Prime Video are also an alternative to linear television. Customers remain flexible: Netflix can be canceled on a monthly basis, for example. The video streaming service Prime Video from Amazon is on the one hand part of the paid Prime membership of the US group, but on the other hand, it can also be booked individually with a one-month term. The services can be received in the browser or on devices such as smartphones, tablets, game consoles and via streaming hardware such as Fire TV or Chromecast.

How Having a Streaming Service Benefit The Users

When you want to develop a mobile app like Disney Plus, Hyperlink InfoSystem can assist you in that regard. We have experts who can help you with an excellent streaming app. The cost of an app similar to Disney Plus is between $5000 to $9000.