Customize Your Village, Build An Army And Crush Your Opponents 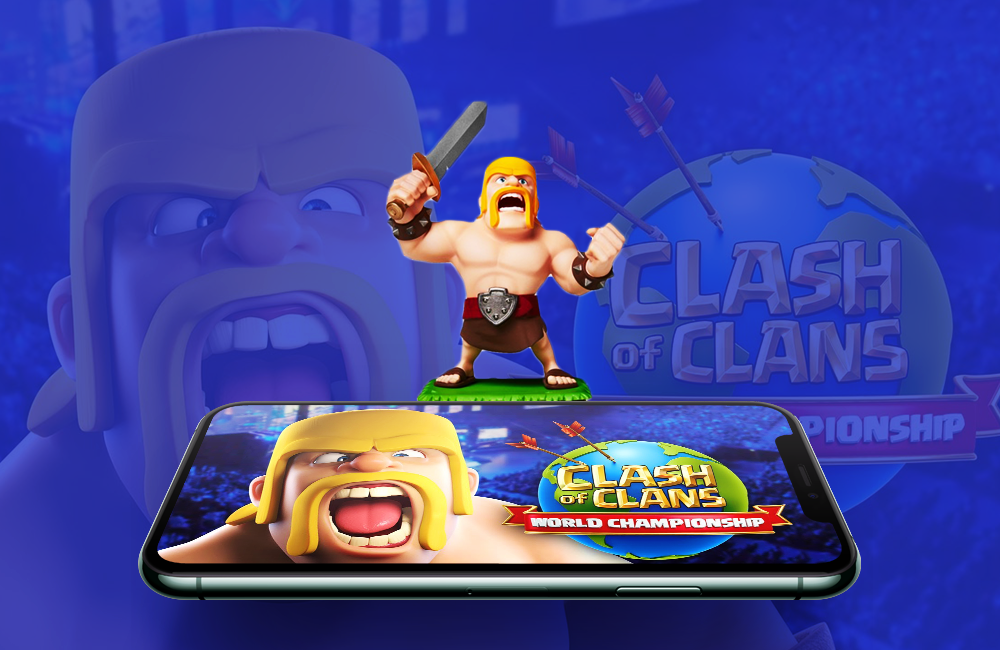 The prediction for the next few years is that the mobile games market will continue to grow, while PC and browser-based games weaken a bit. Console games will remain in the same vein.

Much of the profit comes from iOS devices, but if we have to listen to the experts, Android will reach the first position before 2023.

Clash Of Clans Leads The Market

The game that generates the most income right now on the iPhone is Clash of Clans, achieving the lead with a narrow margin over Fortnite. Clash of Clans is developed by the Finnish company Supercell, which is also behind the Clash Royale, which doesn't need an introduction either. It will come as no surprise that most of the revenue these games generate comes from in-app purchases, accounting for 40% of the total.

What You Should Know About This Game

You are in a fantasy magic world as soon as you open the strategy game app. The aim of the game is to develop your own village into an impregnable fortress. To do this, you have to equip your own army in such a way that you are protected from attacks by the evil goblins, but can also attack other villages. You can either play as a single player against the computer or in multiplayer mode against other human players. In multiplayer mode, you can join a game community (clan) in order to get support from other players' troops. The more attacks you start and the more often you successfully defend your village, the more resources and trophies you get. You pay with jewels, gold and elixirs.

As a player, you have a bird's eye view of your own village and army in the main view in comic style. Clash of Clans is clearly laid out, but initially requires some time to find your way around the game. However, Clash of Clans is no problem for experienced strategy players. After opening the app, you try to upgrade your buildings, protect your village and train troops.

Overall, Clash of Clans wants to retrieve relatively little information from your smartphone compared to other free apps. Here, you assign authorizations such as your account and profile information as well as WiFi connection information. The app also requests access to photos, media and files. You can subsequently withdraw this authorization in the settings.

In addition, the provider of the app stores personal data from the players on servers in the USA. From this, usage profiles can be created that can also be used for advertising purposes.

What A Smartphone Should Have For Excellent Gaming Experience

The main characteristics that you should analyze before deciding on the smartphone model that best suits you are:

When it comes to choosing a mobile for gaming, the larger the screen size, the more comfortable the game will be. However, it must be taken into account that a screen with many inches but low resolution will offer a worse experience in the game than a smaller one with higher resolution. In addition to resolution, characteristics such as sharpness or colors can also influence a better experience.

In this sense, some models of smartphones for gamers that exceed 7 inches can be found on the market.

The union of a good processor and a RAM that offers higher performance is one of the most important characteristics to take into account when choosing a mobile for gaming. Processors such as the well-known Snapdragon 855 Plus or the 865 ensure maximum power allowing and an excellent gaming experience even in 3D.

As for the RAM, it must be taken into account that it cannot be expanded later or externally because it is a chip that is integrated into the motherboard. Choosing the right one from the beginning will be decisive. The minimum recommended RAM memory for normal use of an Android mobile is 3 GB. In the case of gaming mobiles, the most recommended is to choose the higher capacity. That is, 6GB is better than 4 GB and 12 GB is better than 8 GB. Keep in mind that the processor will work better and will be faster thanks to the RAM.

The chipset of a smartphone - the set of integrated circuits in the processor, helps to optimize the battery performance of a mobile device. Therefore, the better the processor, the more efficient it will consume energy. Also, the higher the capacity (measured in mAh) of the battery, the longer it will last. Ideally, it should be equal to or greater than 4,000 mAh.

It can also be very useful for a gamer that the mobile has the fast battery charging function. In some models, it allows you to recharge the battery to 100% in less than an hour.

Finally, in our list of features to consider before buying a mobile for gaming, we highlight the comfort it offers the user when playing. It is important to consider if the size will allow an immersive experience in the game.

If you pick interest in developing a mobile game similar to Clash of Clans, our developers at Hyperlink InfoSystem are readily available to assist you with the development of such game. The cost will depend of the features to be integrated. However, a rough estimate of between $10,000 and $15,000 is to be expected.