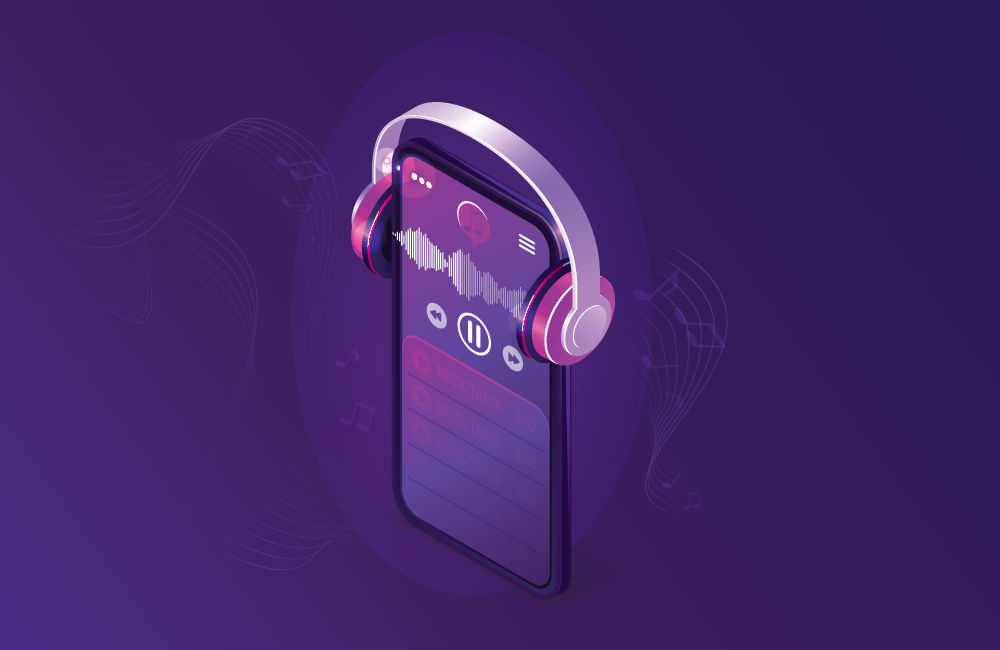 Find new songs and performers who exactly match your musical taste and who you have never heard of before with Last.fm. Most of the time, it's not always about streaming freely. It's also about discovering new music that suits you as quickly as possible. For example, there is the possibility to follow friends, musicians or celebrities in order to be informed about what music these people are listening to. You also have the option of looking at other users' private playlists. So, one tries to make data of all music fans as visible as possible in order to enable the users of the respective services to find inspiration in others.

Spotify, Soundcloud and others are increasingly offering their users services to achieve precisely this goal.

Last.fm is a music recommendation platform that works on a Web 2.0 basis. Based on their listening habits, users receive recommendations for new music, information about concerts in their area and a typical social networking function, such as contact suggestions for users with similar musical tastes. “Neighbors” are people who have similar tastes in music. Intersections between the performers of the songs and within the group of people registered are calculated from the database.

The name last.fm is made up of the words “last” and “FM” - frequency modulation. FM enables high quality, low-interference wireless transmission of radio programs. The name is intended to convey that last.fm is the only and the last radio station that you really need.

However, last.fm has long since left its original function behind:

Last.fm's radio service was finally shut down on April 28, 2014, and radio stations can no longer be played on external players. The “internal” player on the Last.fm site only plays the relevant YouTube videos. Last.fm has completely stopped streaming before many songs were only linked to Spotify. Only "scrobbling" with external players is still possible."

Last.fm finally merged with Audio scrobbler on August 9, 2005. Both providers used to share a music database, Last.fm also took over its functions.

Record labels and musicians are encouraged to issue licenses to play their music. The last.fm directory now includes 80 million individual tracks. Last.fm describes itself as: "the world's largest music catalog"

It is necessary to register to use Last.fm. Registration is free and takes place via an email address. In order to configure the personal data, log in to last.fm with a username and password of your choice.

So that the user's musical taste can be recorded in detail, the users use Spotify, for example, to notify last.fm of all the tracks they have played, which can then be viewed in publicly accessible profiles.

As a registered user, there is the possibility to create a profile with personal information and to use the typical social network functions such as making friends or joining groups. All of these functions are strongly influenced by one's own taste in music. Users with similar musical tastes are recommended as a “neighbor” with whom one can then start a friendship.

Last.fm has a specially provided a plug-in available that latches into different music players like iTunes or Windows Media Player, and each song played on Last.fm can then be played on the apps. But music that has been heard via Windows Media Player can also be recorded with a desktop app. You can also listen to music via YouTube or various other services such as Google Play, Deezer, SoundCloud, iTunes and many other streaming services and playback services. However, in order to get the best possible end result, one has to state one's own listening habits in as much detail as possible. Corresponding YouTube videos are included with the titles on the page and can be streamed if they are freely available.

When To Use Last.fm

The platform is designed to be relatively uncomplicated, contains all common artists and styles of music and also offers the possibility to network with users with similar musical tastes. In addition, there are also suitable event and concert recommendations. Most music streaming services are integrated and it is therefore possible to bring together all the songs heard on a single platform and keep track of them.