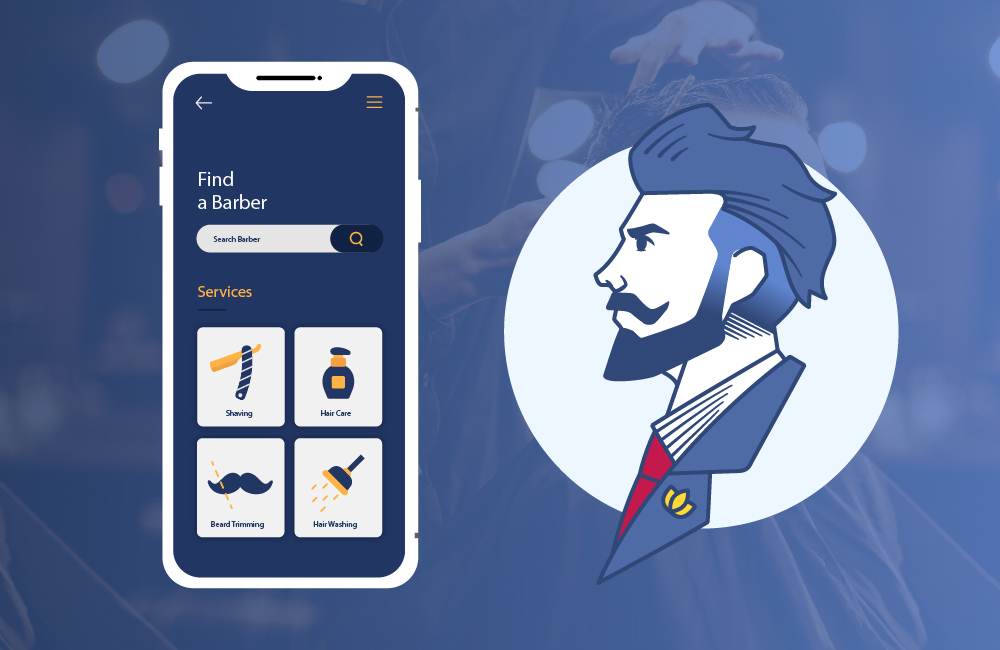 Mobile app is an excellent way to attract potential customers and remail existing ones, especially for small and medium sized businesses. It offers many advantages such as easy booking and increases appointments.

The costs for an excellent mobile app project can be very different. The prices of an on-demand barber app is on average $5000 to $12000. First, you need to be aware of the role that your app plays. The development of an internal organization app can be very inexpensive, for example, as it does not require an individual design and a design template can be used. In general, more money has to be invested in the design of an external app than in that of an internal app. You save the most costs with ready-made app designs. But the idea of saving shouldn't be in the foreground in the design. Creating an appealing design plays a big role in the success of your app. The more appealing the user interface (UI) of a mobile app is for the user, the longer and more intensively they use the app. Even if you have basic knowledge of app development, the development should possibly be left to professional app developers such as Hyperlink InfoSystem.

The great advantage of a browser-based on-demand solution is its efficiency. If users can log in via their browser from anywhere, online training is much more efficient than when it is tied to specific devices.

There is often the option of branding the software. By integrating your company's own logo and adapting the color scheme in your own corporate identity, your employees feel at home in the area. This adjustment normally applies equally to on-demand and on-premise solutions.

Many Software-as-a-Service solutions impress with their simplicity when used. Thanks to its uncomplicated application and intuitive design, it is easy to understand even for your employees who may not be that familiar with the technology.

Especially in the field of e-learning, user-friendly systems are the be-all and end-all. For training courses that require regular repetition - your products may be updated continuously or your employees have to undergo annual compliance training. They make sense because they support the sustainability of the training and also serve as a kind of back-up for the everyday application of the new content in practice.